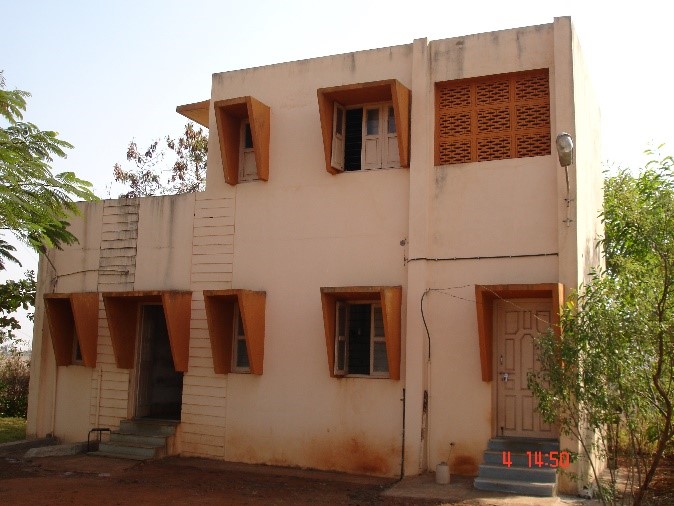 In 1996 SUK allotted 22 acre land near the Rajaram Talav (Tank) for the establishment of Partial Reflection Radar (16.690 N, 74.240 E) now called as Medium Frequency (MF) Radar. During the same year 1996 IIG installed its first All-Sky Imager at the terrace of Physics Department of SUK. In June 2000 the Partial Reflection Radar was started its measurement of mesospheric wind in the range of 70 to 98 Km height.

The first scientific MoU between IIG and SUK was signed on May-1991 and it was renewed after every five years and is going on till today. The signed MoU facilitates interaction between the scientists of the IIG and Kolhapur facility and the faculties and students of the University and its affiliated colleges on several of the multi-disciplinary areas of mutual interest. The SUK recognizes the Institute as a centre for research in Physics and Geo. Physics leading to M. Sc. T.&D., M. Phil and Ph.D. degree.

With the all-sky imager, Meridian Scanning Photometer and a medium frequency radar providing data on upper ionosphere and mesospheric dynamical parameters, the Centre supports one of a very few locations in the world ideally suited to the study of equatorial electrojet, an enhanced east-west current system in the ionosphere flowing at ~110 km.

The geographic location of Kolhapur is considered to be unique since it lies midway between the geomagnetic equator, which runs through the southern tip of Indian peninsula and peak electron density in the F-region of the ionosphere called Appleton Anomaly, which lies near the tropic of cancer (23.50N, Lat). It is an ideal location to study the transport of ionization from equatorial region towards northern latitudes.

The dynamics of equatorial middle atmosphere is very poorly understood, the principle reason for this is the absence of reliable database. Atmospheric radars such as the Medium Frequency Radar systems are, therefore, require at low and equatorial latitudes to continuously monitor the winds in these regions. Keeping this in mind IIG established two MF Radar set-ups one at equatorial station Tirunelveli (8.70 N, 77.80 E, Geo. Lat.; 0.350N, Magnetic dip) and other low latitude station Kolhapur (16.690 N, 74.240 E and 10.60 N Dip Lat.). With these we can study the role played by low latitude gravity waves and long-period equatorial waves in the mesosphere and we can get significant advances in our knowledge of the mesosphere.

Planetary-scale waves and tides are believed to play an important role in determining the variabilities of this region but their propagation characteristics in the tropical region and their relation to known source mechanisms of lower and middle atmospheric origin were not explored in detail due to paucity of continuous observations in the past. 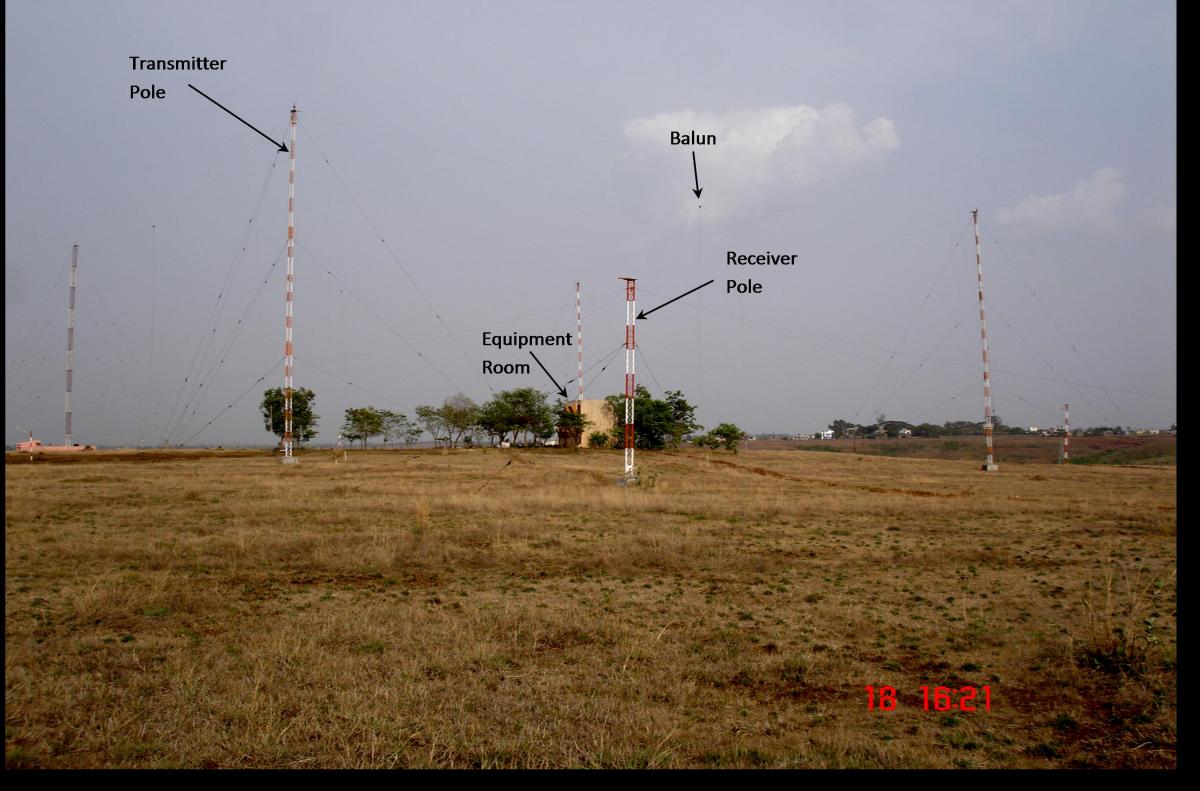 A high power medium frequency (MF) radar system was purchased from the Atmospheric Physics Group, Department of Physics & Mathematical Physics, University of Adelaide, Australia and is installed at Kolhapur in October 1999. The main purpose of this radar installation being to obtain continuous measurements of neutral winds in the altitude region 70-98 km. In the tropical belt, only a few radars of this kind are operational worldwide. The measured wind fields over Kolhapur exhibit variabilities in several time scales (a few years to a few hours). The role of large-scale circulation and   wave processes in causing the observed wind variability has been a primary focus of study. Several wave events lasting for a few days to tens of days have been observed revealing the influence of lower atmospheric wave excitation processes on regions up to 110 km. More studies of this kind are expected to provide useful insights of what spectrum of waves and tides propagate upwards and drive the upper atmospheric weather.

The radar system uses spaced antenna method, in which the transmitting radar beam is directed vertically. Three spaced receiver antennas, also directed vertically are used to observe the echoes. The fluctuations of echo strength at the spaced antennas are recorded and in the presence of horizontal wind these show relative time displacements. The time displacements are determined from the cross correlation function of the records taken in pairs and from the time displacements the horizontal wind can be computed. The height is selected by a range gate (i.e. the height is measured from the time of echo). The height of observation is selected by a delayed gating pulse, which is stepped sequentially from 60 km with 2 km steps.

The MF radars at Kolhapur and Tirunelveli provide useful information on wind fields close to the dynamo region. With continuous data being obtained from these two radars, several problems pertaining to the existence and maintenance of the EEJ and its association with the global Sq current system, are being addressed. It has been proposed to develop appropriate theoretical models in-house to explain the fundamental processes responsible for the variability of EEJ.

Regular monitoring of various night glow emissions (OI 630.0 nm, 557.7 nm, 777.4 nm, 589.3 nm and OH(7,2), OH(8,3) band emissions) are being carried out using meridian scanning photometer (MSP) and all sky imager, to study the dynamics of the F-region and coupling between E and F layer of the ionosphere. The all-sky imager was also operated from Panhala to study the characteristics of horizontal propagation of short period atmospheric gravity waves in the region between 80-100 Km. 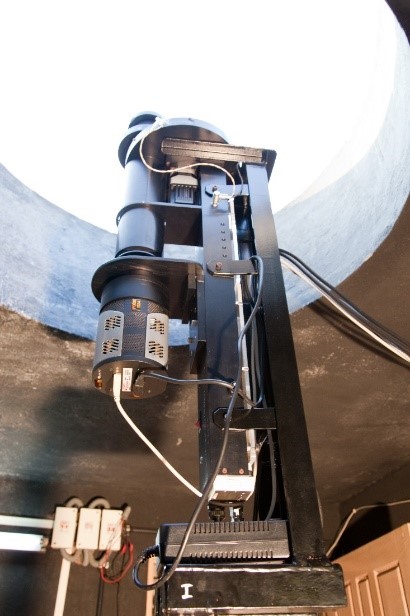 In 1991 a first CCD based all-sky Imaging system (1800 field of view) developed in collaboration with Boston University, U.S. and was operated from Physics Department, Shivaji University. It further upgraded to new very sensitive, portable all-sky airglow imager Keo Sentry 3” Scientific Imager M/s Keo Scientific Ltd. Canada. The imager has 1800 field of view and 1024 pixel resolution CCD camera of Princeton Instrument with a new version software (Keo_Synopticx V3.10.exe) has been installed at the airglow room at M.F. Radar Facility during March 2009. It is now monitoring OH, OI 557.7 nm and OI 630.0 nm night airglow emissions with the help of high transmission       (50–90%) interference filters positioned in a temperature controlled filter wheel. The six filters constructed up in the filter wheel to allow the transmission of OI 630 nm, OI 557 nm and OH Meinel bands at 720–910 nm and the background at 572.4 nm. The all-sky imager system is primarily utilized to monitor dominant small-scale wave motions at the airglow emitting altitudes in the mesopause region. 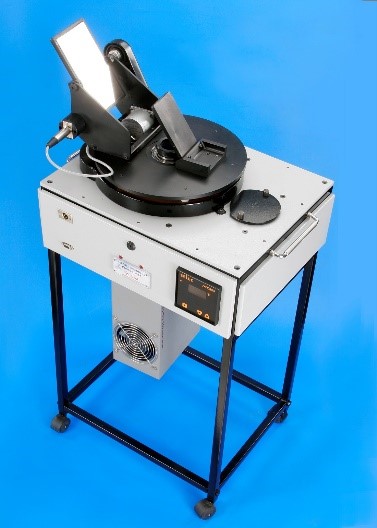 A multi-wavelength photometer tuned to monitor selected lines of the OH vibration-rotation band provides complementary rotational temperature measurements at ~87 km. Such measurements, aided by high resolution spectroscopy, provide clues to understanding the intrinsic chemical processes and dynamic perturbations in the airglow intensities. PC based programmable all sky scanning system, designed and developed by M/s D'Tech Insturments, Kolhapur during 2000. The multispectral-scanning photometer is built to measure low-latitude airglow emissions of OI (557.7 nm and 630.0 nm) and OH (731, 740, 846, 839 nm) with relatively narrower field of view. The band width of the filters is narrow in range of 1 nm, operated in fix mode. The field of view of the photometer is 10o. The photomultiplier tube, EMI9658B is used as detector. The filter wheel holds six interference optical filters which can measure the different airglow emission coming from different altitudes. Atmospheric temperatures of the upper mesosphere-lower thermosphere region are being derived from the observations of OH Meinel band and O2 Atmospheric band using photometer data. 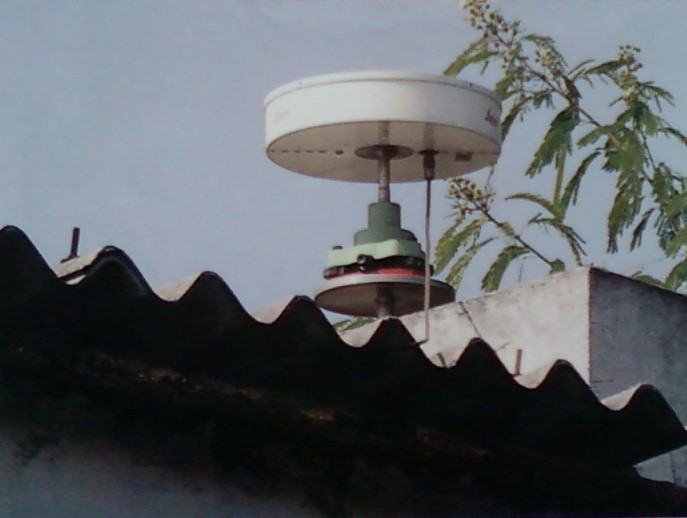 GPS is one of the powerful modern electronic experimental setup at Kolhapur Facility. It continuously monitors the position of the marked place of observation. By comparison of the data of this with similar setups at different locations the crustal displacement of the Earth can be studied, it can also be used for prediction or study of the seismic activity at the seismic prone zone. This experiment also measures the total integral electron concentration (TEC) of the ionosphere above the place of observation

The first GPS receiver was set up during October 2008 and now it is replaced with advanced and more accurate Trimble Net R9 GPS (Global Positioning System) receiver and has been operational at Physics Department, Shivaji University, Kolhapur. For atmospheric applications, the GPS chock ring antenna is mounted on the roof of an academic building. The GPS receiver and computer are placed within the building. The receiver uses wide bandwidth tracking loops and an internal, phase stable, crystal oscillator to compare the phase with the actual carrier phase of GPS observations. Thus, it provides true amplitude, single frequency carrier phase measurements and line of sight code and carrier phase delays on L1 (1575.42 MHz) and L2 (1227.6 MHz) from up to 11 GPS satellites in view, simultaneously and provides outputs in 22 receiver channels. The raw binary data is recorded in the computer and total electron content (TEC) has been estimated using software which reads the RINEX formatted raw data and processes the data for cycle slip correction and phase leveling.
On the initiation of the optical aeronomy laboratory at Kolhapur Facility, the Facility has become one of the very few in the world where the combined efforts due to radio and optical remote sensing are fully utilized in probing the mesosphere and lower thermosphere (MLT).