IS THERE A CONTINENT HIDDEN BELOW THE ARABIAN SEA? 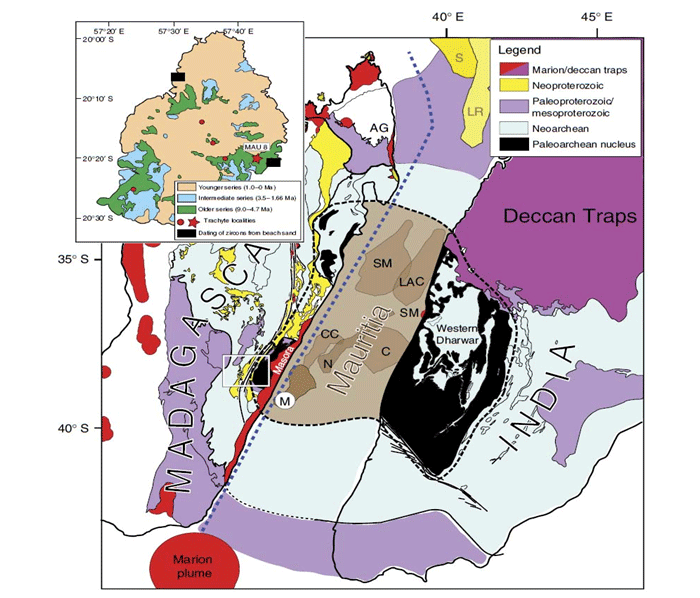 The above figure (from Ashwal et al, 2017) shows the simplified geology of Madagascar and India prevalent around 90 to 85 million year ago. Mauritius, denoted by ‘M’, has been placed at a likely location just before it broke up. This Mauritia continent contains different entities like Saya de Malha, denoted by SM; Chagos, denoted by C; Cargados-Carajos Banks, denoted by CC; Lakshadweep denoted by LAC; and Nazreth denoted by N.
The blue stippled line indicates the places where the continent was lacerated during the Cretaceous time in the mode of strike-slip faulting containing Analava gabbro, marked AG, of 91.6 million year age; Laxmi Ridge, LR; Seychelles, S; St. Mary rhyolites, SM, all of 91.2 million years of age.
It is estimated that a large lava extrusion event, related to Marion plume, took place between 92 and 84 million years ago.